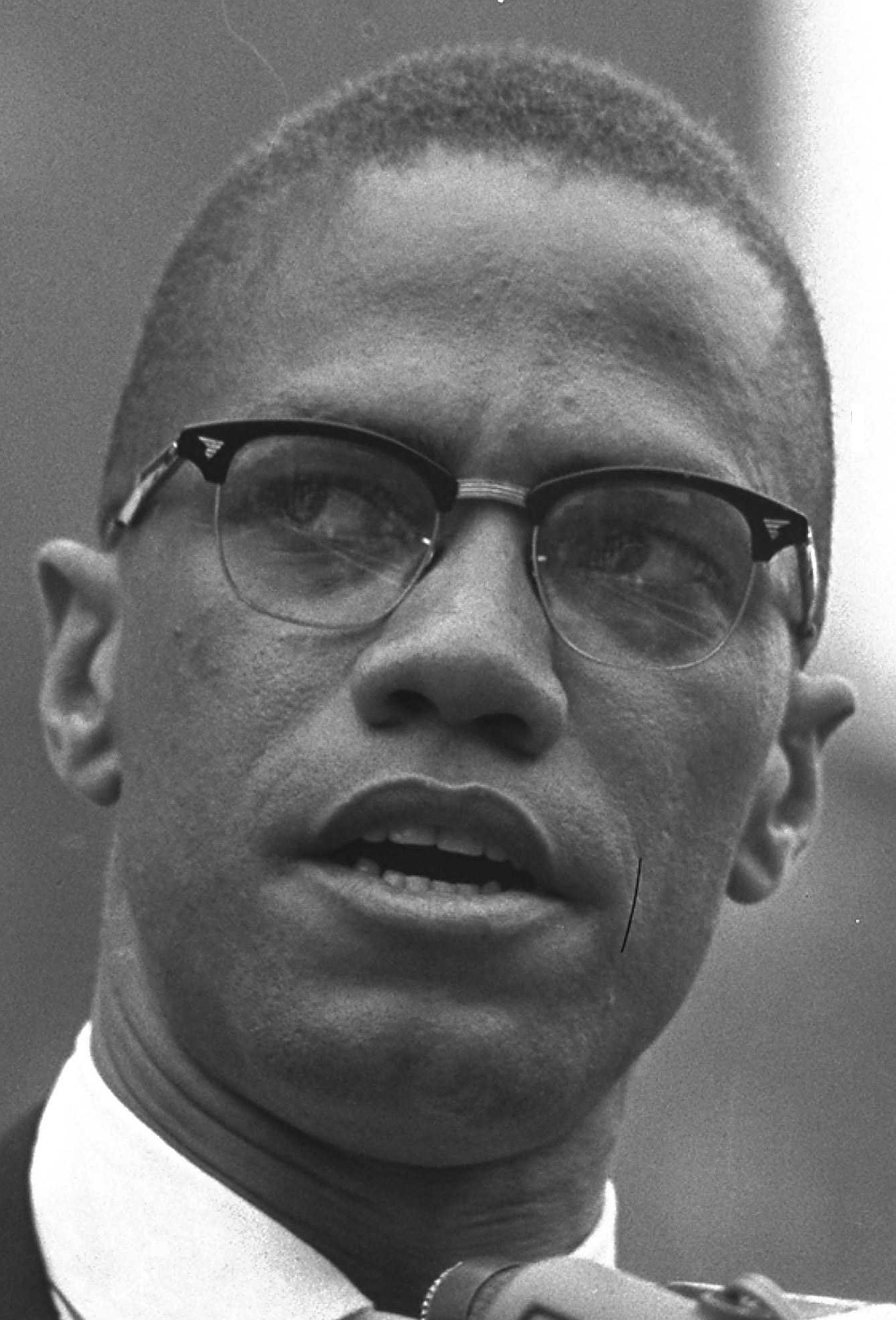 In New York City on February 21, 1965, Malcolm X, an African American nationalist and religious leader, is assassinated by rival Black Muslims while addressing his Organization of Afro-American Unity at the Audubon Ballroom in Washington Heights.

Malcolm X, born Malcolm Little, lived a troubled life and served time in prison. While in prison, he met a few Black Muslims who taught him the teachings of Elijah Muhammad, the founder of the Nation of Islam. He became a Muslim and joined the Nation of Islam after leaving prison. He became an effective minister and was elected to serve as minister of Mosque Number 7 in Harlem where membership grew under his leadership. He became well known in the civil rights movement for his black nationalism and self-reliance "by any means necessary." He was very critical of the civil rights movement and the leaders.

Later when he said some controversial about the assassination of John F Kennedy, he was suspended by Elijah Muhammad. Not long after, he left the nation of Islam after disagreeing with much of its teachings and with how Elijah lived his life. He took a pilgrimage to Mecca with Muslims around the world and saw the brotherhood and was influenced by it and converted to Sunni Islam. Even though he still believed in self-reliance, he believed that people of many colors can live together voluntarily in harmony. He and Alex Haley collaborated to write the Autobiography of Malcolm X.