October 30, 2022 is National Dashiki Day. This is a day to celebrate the wonderfully colorful African dashiki: a wearable symbol of African culture. The dashiki became popular in the African-American community in the 60s and 70s. During the post-civil rights black power movement, the dashiki came to symbolize pride, love, awareness, power and independence.

Today, this dashiki is celebrated throughout the US on National Dashiki Day. 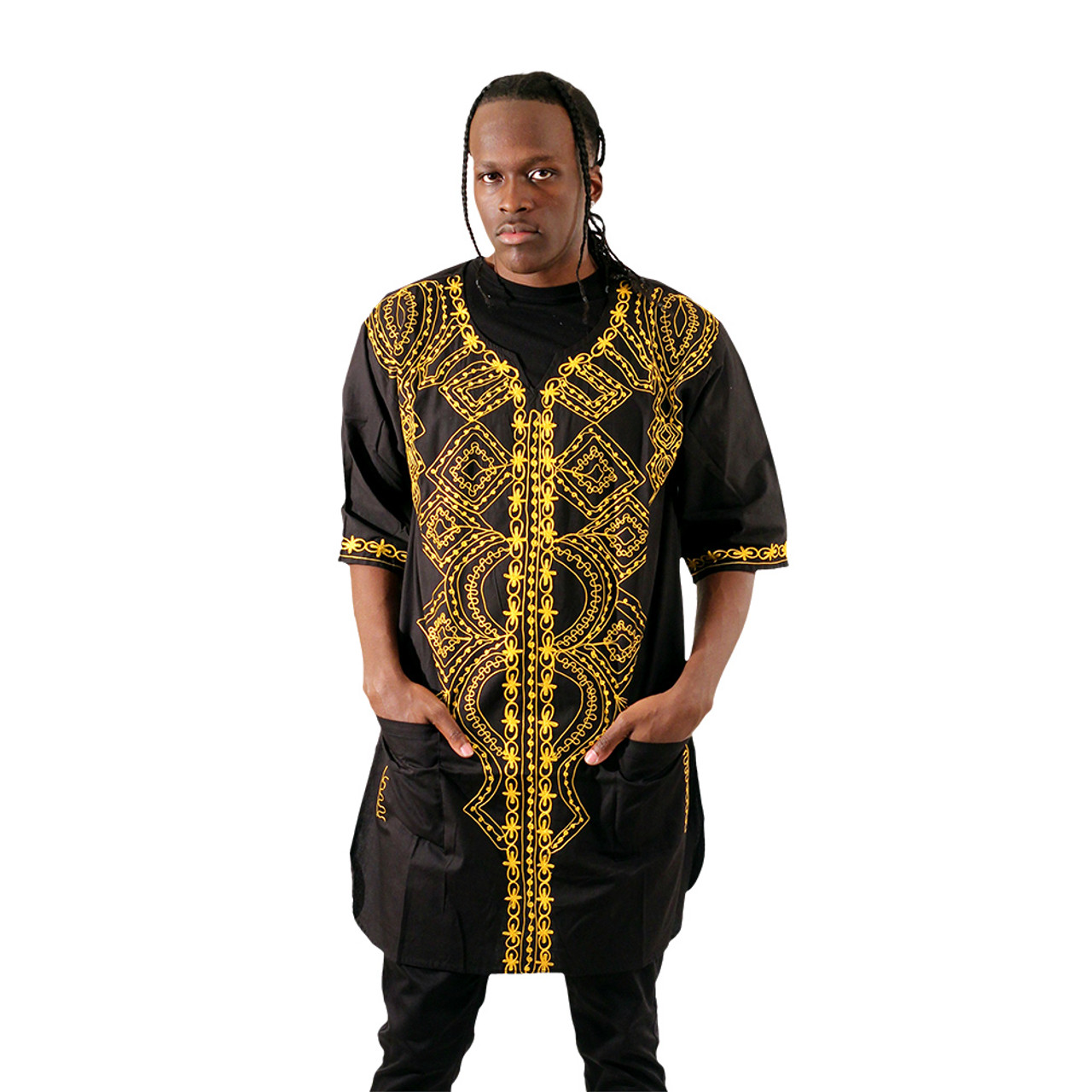 What is the dashiki?

The dashiki was adopted by the post-civil rights black power movement in the 60s and 70s. It later became more popular as celebrities and fashion icons began wearing the garment. The roots of the African dashiki actually go back to Yoruba culture. The word ‘Dashiki’ comes from the Yoruba word ‘danshiki’, which means a short-sleeved tunic originally worn by West African men.

At the time, the Yoruba culture defined certain colors of dashikis to represent different events and emotions. White or purple dashikis were originally worn by grooms on their wedding day (purple is the color of African royalty). Blue was also a popular color that represented love, peace and harmony.

By the 1960s, the dashiki had been adopted by the black pride movement. In 1964, it became a symbol of cultural pride, showing unity in the black community, and celebrated Afrocentric clothing. Later in the 60s and early 70s, Hippies also took to wearing the dashiki as part of the white counter-culture movement. It was also worn by African diplomats at the 1966 United Nations in New York. 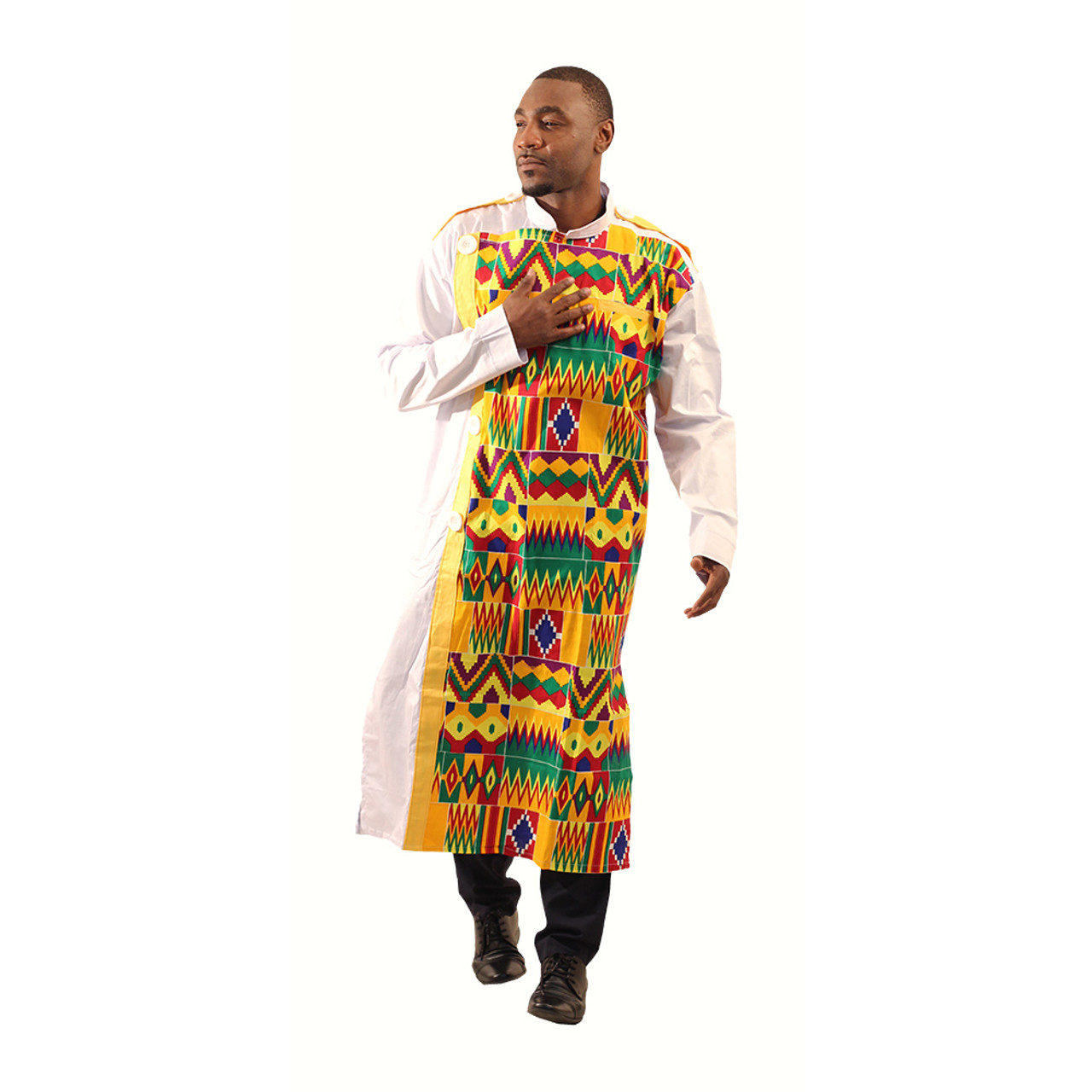 The changing styles of the dashiki

Over the years, many more people began wearing the dashiki as a fashion garment, with bright colors and complex embroidered designs. It is sometimes thought that the dashiki has lost its black political identity. But for the most part the African-American community has still kept the meaning of the dashiki alive.

Although it is still popular with the white counterculture movement and ‘hippies’, the dashiki continues to be a major integral part of African-American celebrations. It is now worn by men and women; the colors and prints as pioneering as ever, so much so that the dashiki is more than just a garment. It is also a print style in that different types of design have become synonymous with the dashiki.

The original dashiki design was known as the ‘Angelina print’ and masterminded by a Dutch designer, Toon van de Mannaker, who inspired many African designs. They were traditional silk embroidered tunics worn by Ethiopians and its popularity grew.

The dashiki has also transformed into more than just a tunic. Celebrities and fashionistas have expanded the variety of colors, designs and styles to such an extent that there are now dashiki dresses, skirts, pants, shorts and even hoodies.

There are three formal styles of dashiki:

1. A dashiki, sokoto (drawstring trousers) and a matching kufi (a traditional hat worn with formal West African outfits), which is known as a dashiki suit or trouser set and worn by most grooms.

2.An ankle-length shirt, matching kufi and sokoto, which is known as a Senegalese kaftan.

3.A dashiki and matching trousers with a flowing gown over the top, which is known as a grand boubou or agbada.

The dashiki has even featured in the movies, most notably Putney Swope (1969), and in the TV series Soul Train (1971). Many well-known athletes, musicians, entertainers and leading political figures wore the dashiki as a mark of respect for their African roots. 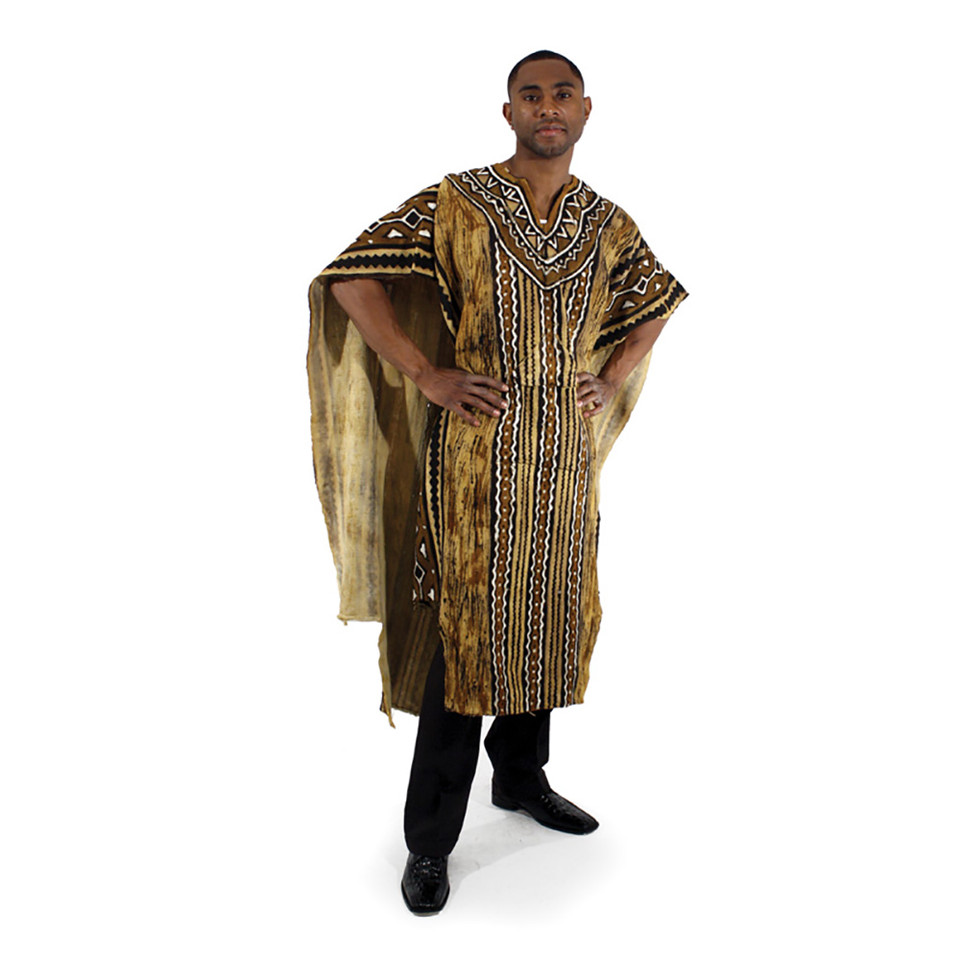 The boubou or grand boubou. A wide-sleeve robe worn across West Africa

What is National Dashiki Day?

Today, the dashiki is still worn with pride but much less as a fashion item on the street. It is worn during festive occasions. As well as Kwansaa, an annual celebration that marks the unity of people from American and African descent, National Dashiki Day is hugely popular.

It is a representation of your African roots, a cultural statement, which has evolved over the many, many years. Wearing your chosen dashiki on this day is a celebration of your rights as a person, no matter your religion, your gender or your color.

At Africa Imports, our dashikis come in a vast array of styles, materials and designs. Some are very much traditional in print and vibrant colors, while others are more modern and in can be understated.

They are available in short-sleeved, mid and long-sleeved, with or without front pockets. Our unisex dashikis with matching pants are very popular, as are our dashiki and caps, our children’s dashiki sets and our dashiki ponchos.

To celebrate National Dashiki Day and the traditional dashiki tunic, as well as pay homage to the symbol of African cultural heritage, all you need to do is wear your dashiki on 30th October 2022. If you haven’t got a dashiki, Africa Imports have a wide choice of dashikis available. Just choose your favorite and order today for delivery in time for National Dashiki Day.