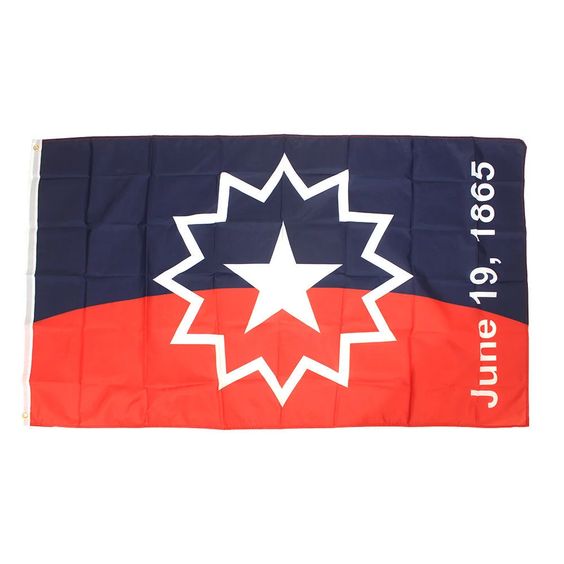 Juneteenth is, a day of rejoicing, reflection, and socializing. The name comes from a mix of the month June and the date “some-teenth”. Although no one knows the exact date when the last slaves were told of their emancipation, it was on some date in June in the teens. You can also refer to this day as Emancipation Day, Liberation Day, or Freedom Day.

It is a significant day in American history when all persons living in the United States, including the historically captive, received freedom. Read on to understand the exact meaning of Juneteenth, and how you can celebrate/recognize it.

The Meaning of Juneteenth

Juneteenth is an event held yearly in the United States that honors the abolition of captivity. President Abraham Lincoln signed the Emancipation Proclamation in 1863, during the American Revolution, declaring over three million slaves in the revolting American colonies free. The decree only extended to Confederate states, not to regions controlled by the Union.

Texas was a rebel state with no presence of the Union army, and despite the proclamation, slavery continued unabated. Because Union army forces deserted it during the war, the Confederate army saw Texas as a haven for slave owners.

However, it would take over two years for the message to reach African Americans in Texas. Union Gordon Granger declared the end of the civil war and the freedom of enslaved African Americans to citizens of Galveston, Texas, on June 19, 1865. There were few troops to execute the proclamation until Granger and his forces arrived in Texas. The freed slaves instantly celebrated with devotion, banquet, music, and dancing.

The first formal Juneteenth festivities occurred in Texas the following year, on June 19, 1866.

Devotional gatherings and divine singing were part of the initial ceremonies, and celebrants donned nice clothes to symbolize their newfound independence. After a few years, African-Americans in other states observed the day as well, making it an official festival.

In 1980, Texas made Juneteenth a national celebration, and several other states followed suit. Organizations in many nations use the day to recognize the end of slavery and to honor the culture and achievements of African Americans, including African Americans in other states beyond the United States.

However, with worldwide uprisings against excessive use of police force, George Floyd, Breonna Taylor, Ahmaud Arbury, and other black Americans killings in recent years, has sparked a keen interest in the day that represents emancipation.

Given the enormous changes and massive demonstrations across the United States over the last year, and following a guilty judgment in the killing of Mr. Floyd, the ceremony continues to echo in fresh ways.

Design and History of the Juneteenth Flag

The Afro-American flag, which was designed about a century ago, depicts the African diaspora and is a symbol of black liberation.

The Universal Negro Improvement Association (UNIA) approved the flag, with its horizontal red, black, and green stripes. The UNIA's leader, Marcus Garvey, saw a flag as an essential symbol of democratic growth.

The lack of a flag for the black race was a sign of democratic incapacity, thus attaining one would be proof that the black race had reached political maturity.

Garvey's movement aimed to create a national foundation for black people in Africa. He based his ideas on earlier populist groups, and it was the Irish fight for liberation that provided him with political terminology.

Each of the Afro-American Flag's three colors has a symbolic value.

Red symbolized blood, both the blood of Africans who perished in the struggle for independence and the blood of the African people. Red is also the color of blood, which men must bleed for restoration and liberation.

Black was used to signify black people. It is the color of the illustrious race to which we originate.

Green is a symbol of abundance, wealth, and the lush flora in Africa.

Anyone who saw the flag identified it as a symbol of African-American hopes and fight against injustice.

Many white people did not consider black people to be full citizens of the United States or any other country after freedom. The establishment of a flag was a step forward for black people all over the world in defining their own individuality.

Flags represent the unity of rule, race, and region, and they serve as a means for African-Americans to establish themselves globally. As African states got independence, the African American flag became a model for their flags.

Among the African countries that have adopted the red, black, and green colors include Ghana, Libya, Malawi, and Kenya. When black people seek a sign of togetherness, they fly the Afro-American flag on their businesses, in their neighborhoods, and at events.

How can you celebrate or recognize Juneteenth?

Juneteenth is a day of enlightenment and contemplation, as well as a day of joy.

Despite many discontinued in-person activities, there are other methods to honor black culture and identity.

Africa Imports exists to help improve lives for the craftspeople, children, and communities in Africa. This is what drives our business, and the African communities we work with are helped when we bring people together to do business and engage.

Here are some items that others want most to celebrate Juneteenth.

Visit Africa Imports to find more African products than anywhere else at wholesale prices. There are over 100 new ideas added every day and we are closely connected with the communities in Africa where these products come from to guarantee that money is properly distributed to them.