While many countries have their own Independence Days, Cameroon has National Day, which is a National Holiday on May 20th. In Cameroon, National Day indicates the honor and pride of the people as a whole. Complete Independence was not granted to a largely colonized Cameroon till 1972. It was on May 20th, 1972, that the constitution of the United Republic of Cameroon was adopted by the Union Nationale Camerounaise headed by President Ahmadou Ahidjo. Later under the leadership of Paul Biya, The constitution was amended and Cameroon was provided its present name. 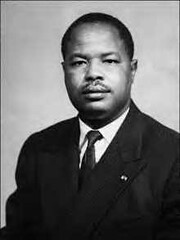 President Ahmadou Ahidjo Four major activities will be celebrated in Cameroon this National Day - socio-educative talks, a torch light procession and the civilian march, friendship and unity tournaments. The tournaments will feature sports and cultural activities that foster national unity. Some of the sports disciplines include football, volleyball, goal ball and a unity cross country race. Find more articles on African holidays by Clicking Here.