Restore Your Vitality with Sea Moss 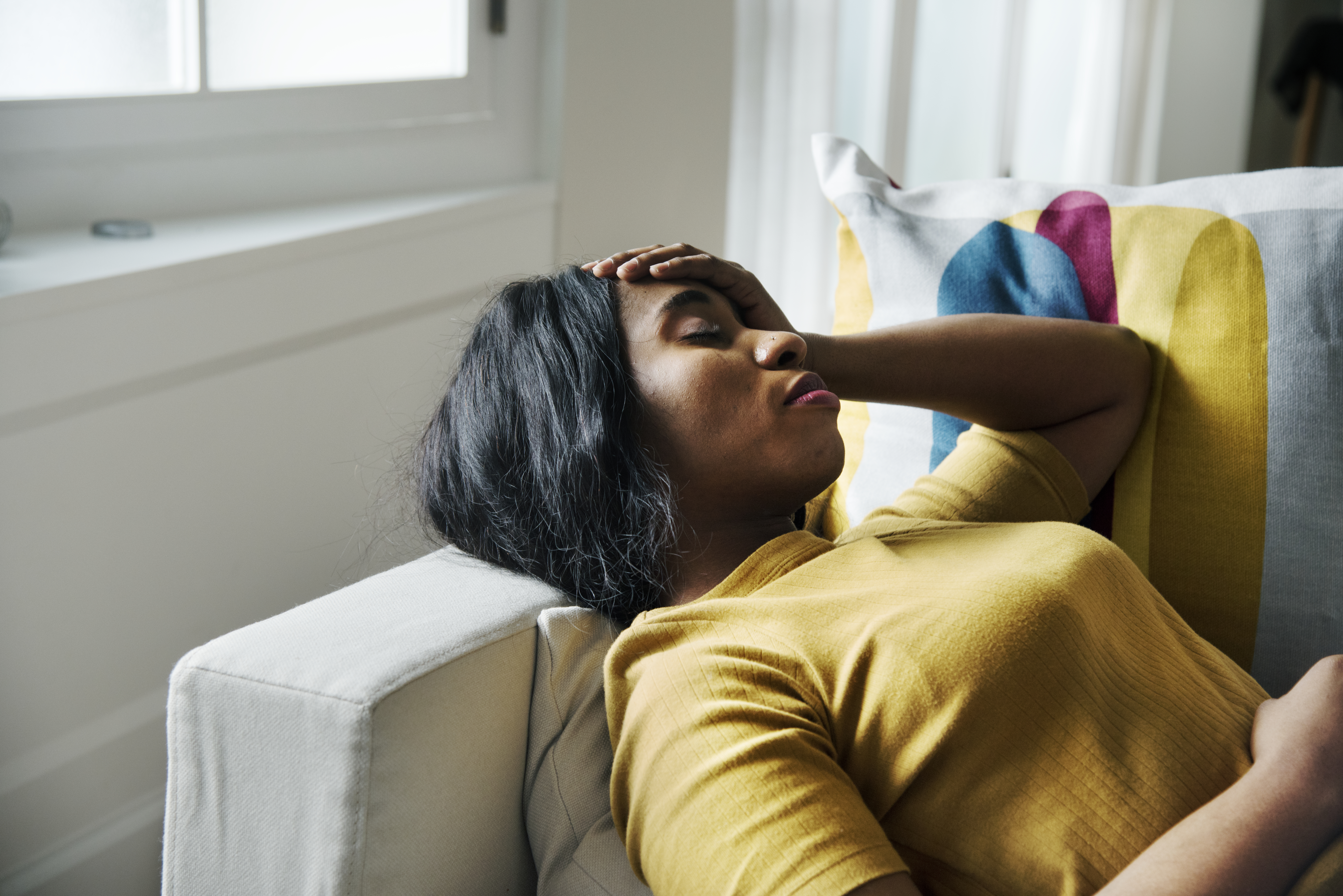 Is constant fatigue making it harder for you to succeed in life? Do you keep trying –and failing—to lose weight? Could your bedroom life benefit from a little oomph? A small ocean plant called sea moss can help you with these problems –and more.

What is Sea Moss?

Sea moss is a kind of sea vegetable that grows along rocky coasts in the North Atlantic. This nutritional powerhouse is high in protein, vitamins, and minerals –all in a form that is easy for the body to use. It is used to treat heart trouble, digestive problems, and thyroid disease. Sea moss can help reduce inflammation and increase sex drive and can be used on your skin and hair as a beauty treatment.

Sea moss is not the same as seaweed, but both are members of the algae family. Algae are rootless plants that grow in the water and grow by turning energy from the sun into food. 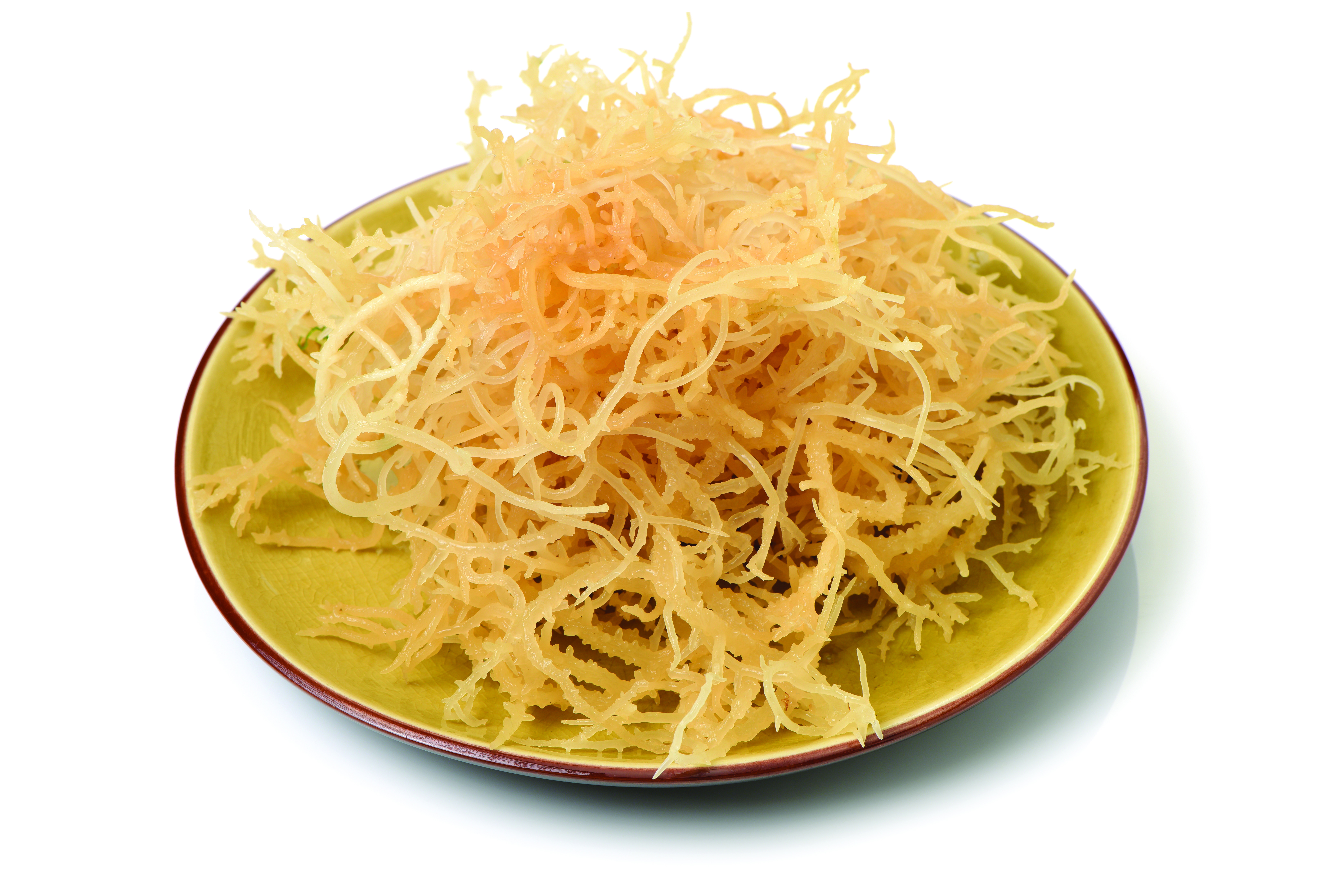 Nutritionists consider sea moss to be a true superfood. Every spoonful of sea moss gel is packed with minerals, vitamins, and fiber.

This amazing plant is high in fiber, so it helps improve digestion. Getting enough fiber helps good bacteria grow in your gut. These good bacteria ease or prevent chronic diseases such as Crohn’s disease, IBD, IBS, and chronic constipation.

Adding a small amount of sea moss gel to soup or smoothie can also help you lose weight. The fiber in sea moss absorbs water and forms a gel which helps fill you up and makes it easier to eat less.

According to Beth Czerwony of the famous Cleveland Clinic, studies show that sea moss can help reduce bad cholesterol and lower your blood pressure. Other studies indicate that sea moss helps control blood sugar, so you’ll be less likely to develop diabetes.

Another nutrient in sea moss is taurine, an amino acid that may help you exercise better. Taurine is antioxidant and anti-inflammatory, and helps your muscles repair themselves from stress. While most Americans get enough taurine in their daily diets, several studies have shown that taking additional taurine lets you run faster and exercise longer.

Sea moss and seaweed are both excellent sources of iodine, which your body needs to produce thyroid hormones. These hormones control your heart and digestive system. Babies and children need iodine for their brains and bodies to develop properly. Some pre-natal vitamins include extra iodine. Iodine may also be beneficial for women with fibrocystic breast disease. If you are lactose-intolerant, vegan, or don’t eat fish, you may not be getting enough iodine.

What Vitamins and Minerals are in Sea Moss?

Amazingly, sea moss contains nearly all the vitamins and minerals needed by the human body. Of course, some are only present in small quantities. Sea moss is a wonderful supplement, but you still need to eat a balanced diet.

Sea moss contains every member of the vitamin B family. The B vitamins work together to change food into energy that our bodies can use. They also prevent migraines, keep our memories sharp, and help skin and hair stay healthy.

Sea moss contains all the B vitamins. It is especially rich in folate (vitamin B9), which helps produce red and white blood cells. Black females are more likely than others to suffer from folate deficiency. Signs of low folate levels can include fatigue, muscle weakness, memory and comprehension problems, vision problems and depression. If your tongue is sore or you have ulcers in your mouth, you may need more folate in your diet.

It also has lots of vitamin B2 (riboflavin) and B3 (niacin). B2 helps produce red blood cells and prevent heart disease, while B3 increases good cholesterol.

Sea moss is also a good source of :

Did you know that your body needs 102 different minerals to stay healthy and strong? Sea moss has 92 of them in a form that’s easy for your body to absorb. Here are the most important ones: 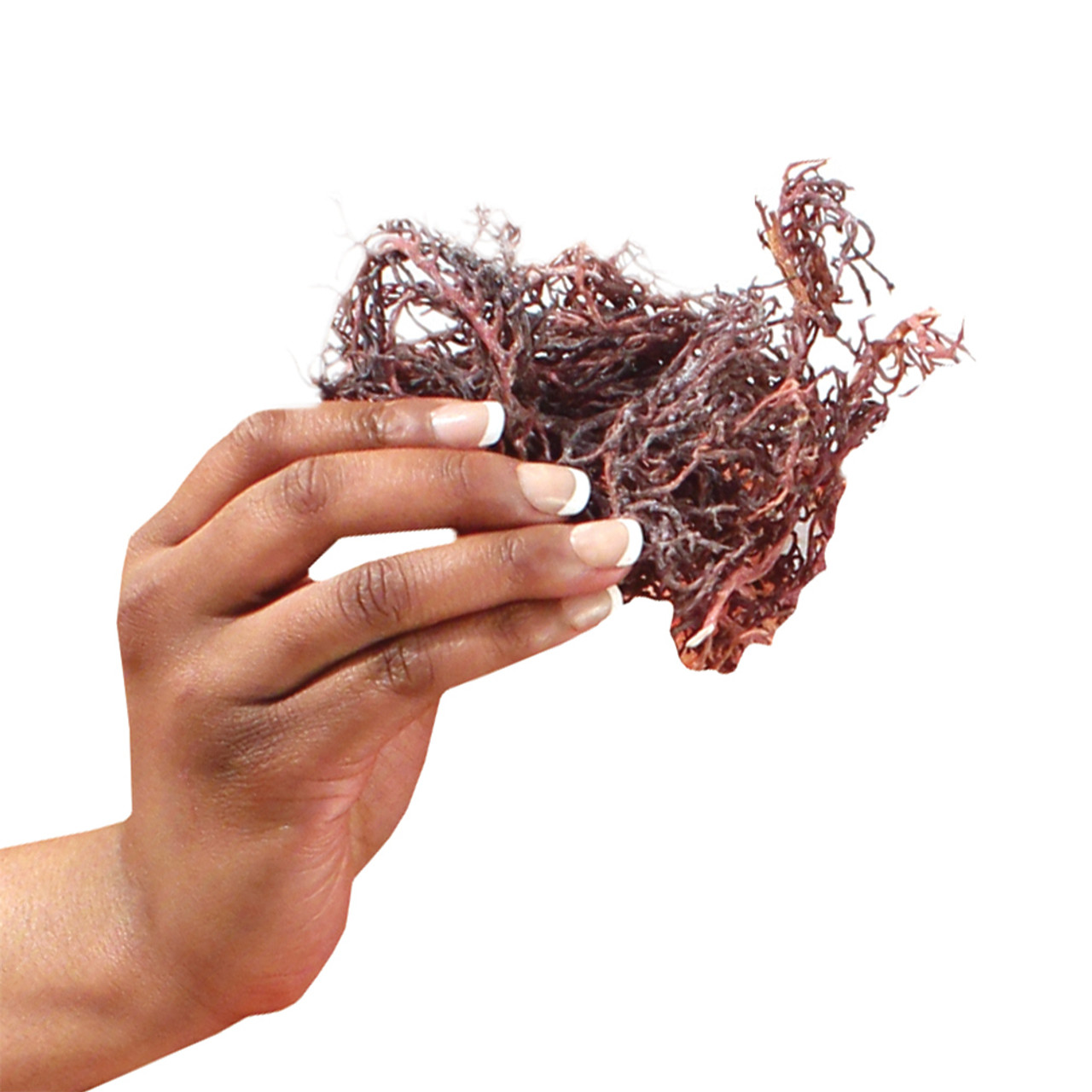 The two most important kinds of sea moss are Jamaican and Irish.

The two types look different but have many of the same benefits. Jamaican (also calledCaribbean) sea moss can be grown in farms, so it is less expensive and more widely available.

The scientific name for Jamaican sea moss is Genus Graciliara. It grows in warm water, especially around Jamaica and St. Lucia. When it is dried, it looks like a bunch of tangled strings. Jamaican sea moss is usually gold in color, but there are also red, blue, and purple varieties. The darker varieties have higher mineral content.

Jamaican sea moss can be wildcrafted, ocean-farmed or pool-farmed. Wildcrafted sea moss is gathered where it grows naturally and has the highest mineral content. However, if too much sea moss is taken from the ocean, it will cause serious environmental problems.

Irish sea moss became famous in the 19th century when it kept many people alive during the Irish Potato Famine. It grows around Ireland, and in the cool waters off the coast of Maine and the Baltic countries. Its scientific name is Chondrus Crispus. Irish sea moss grows on long stems with lots of little plant spikes. It looks a little bit like young, thin broccoli, but is red or purple. Irish sea moss is always gathered wild from the sea.

Caution: Because Irish sea moss is so popular right now, some companies market purple Jamaican sea moss as Chrondrus Crispus and charge a lot for it. This is false advertising—true Irish sea moss grows only in cold waters. 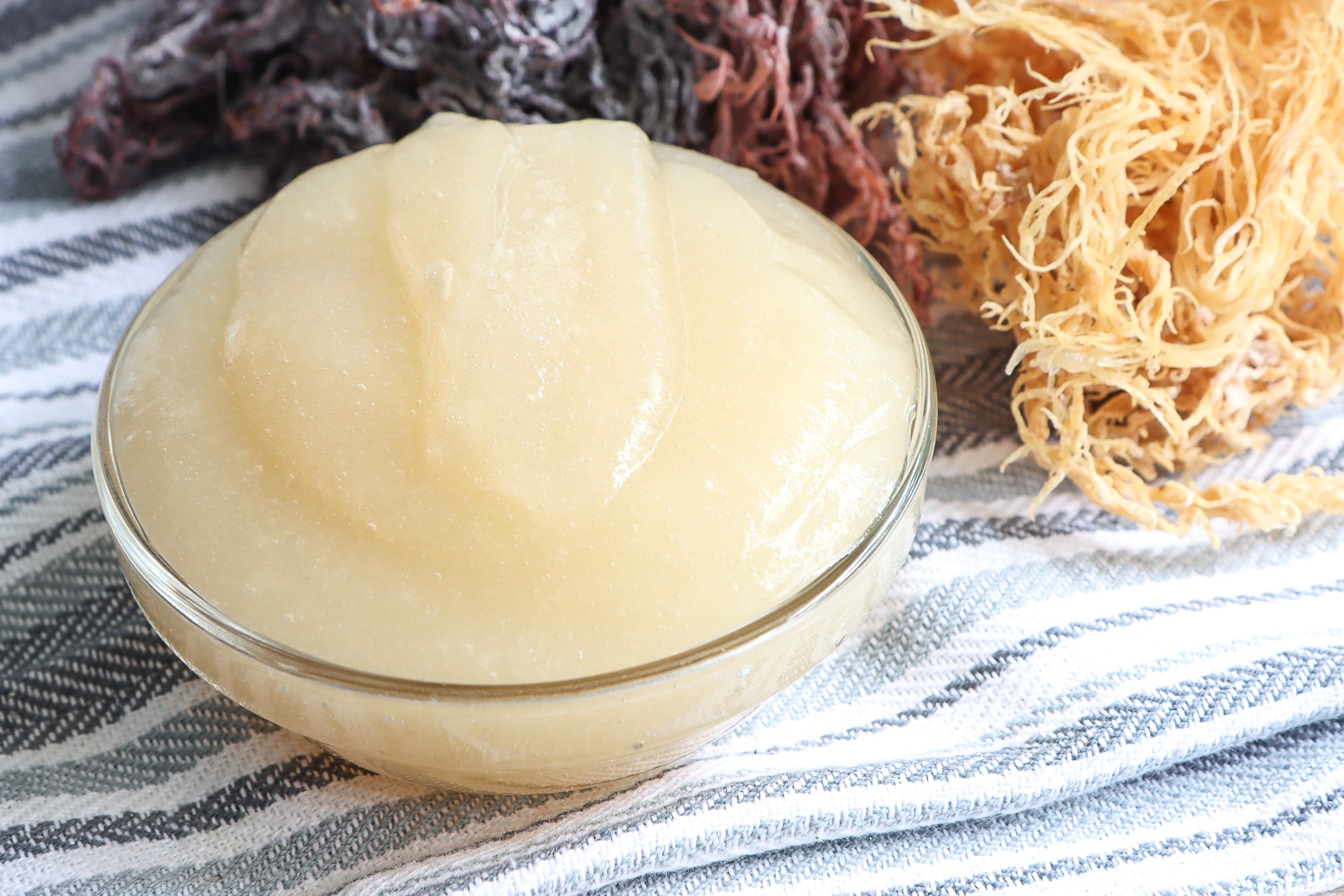 How to Prepare Sea Moss

The most convenient way to take sea moss is to buy sea moss bitters or sea moss pills. You’ll get more health benefits if you make your own sea moss gel –and it’s easy to do. Sea moss gel has a short shelf life, so you won’t want to make too much at once.

How much sea moss? You should only have one or two tablespoons of sea moss gel each day. If you take more, you’ll be consuming too much iodine and may develop thyroid problems.

How Long does Sea Moss last?

Expect dried sea moss to last about 6 to 12 months when stored in a cool, dry place. Even though it’s dried, sea moss will begin to lose flavor and nutritional qualities over time.

Dried sea moss will get moldy if it’s exposed to moisture. The mold will appear as black or green spots. Don’t use moldy sea moss—throw it out and start with a fresh package. If the sea moss wasn’t completely dry when it was packaged, mold may develop early.

Sea moss gel contains a lot of water and has a shorter shelf life. It should stay fresh for about one month if you keep it in the refrigerator. When sea moss gel spoils, the color becomes darker. It may also smell bad or taste bitter. Mold or slime are also signs that the gel has gone bad.

It's a good idea to take a photo of your gel when you make it. Use the photo to check the color of your refrigerated gel and make sure it’s still fresh.

How You Can Use Sea Moss Gel

Sea moss gel is good for you inside and out. Here are a few ways to add it to your diet, plus some face mask and scalp treatment recipes.

One way to take sea moss gel is to add some fresh fruit or dates to the gel when you make it. Enjoy a spoonful or two as an easy sweet treat every day.

Many people add sea moss gel to their smoothies. You can freeze cubes of sea moss and use them to replace some of the ice cubes.

There’s a traditional Jamaican sea moss drink that is used as a love potion –it’s supposed to enhance the libido. The original recipe calls for isinglass, which is made from the bladders of sturgeon. Isinglass is expensive and hard to find, but a Jamaican blogger has come up with an easier version of sea moss drink.

If you feel more ambitious, you might want to try this

traditional Irish pudding from the Ballymaloe House Hotel in Ireland, Carrageen Moss is another name for Irish sea moss, but you can use Jamaican sea moss instead. 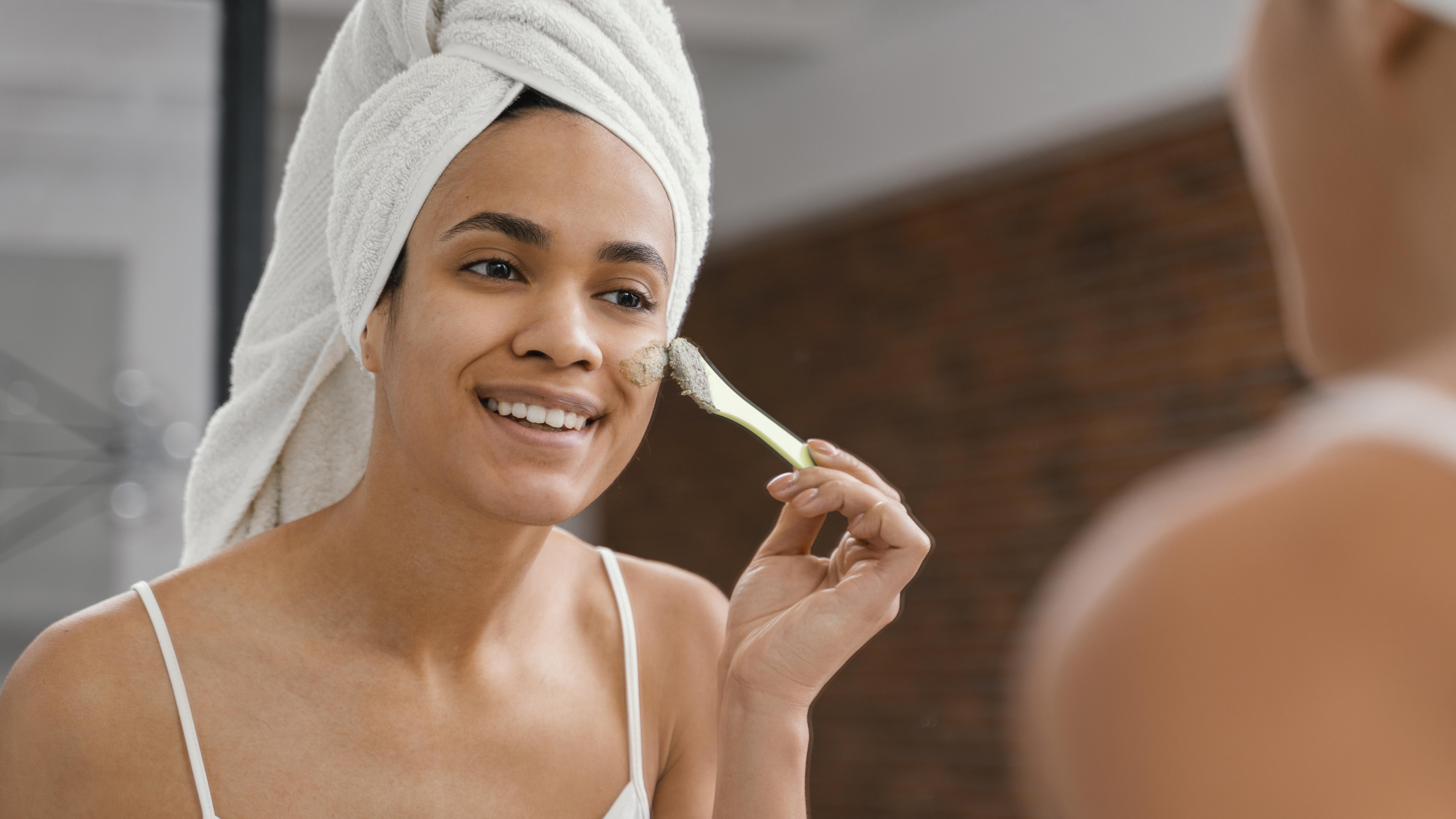 Look more beautiful by trying one of these sea moss face mask recipes:

Combine one tablespoon of sea moss gel with one teaspoon of bentonite clay powder, and one teaspoon of raw apple cider vinegar. Massage into your skin and leave on for twenty minutes. This mask will shrink blemishes and tighten pores.

Sea moss is also good for your hair: Combine a teaspoon of sea moss gel with a teaspoon of castor oil and five drops of rosemary oil. Rub it into your scalp and leave it there for a few minutes before you shampoo.