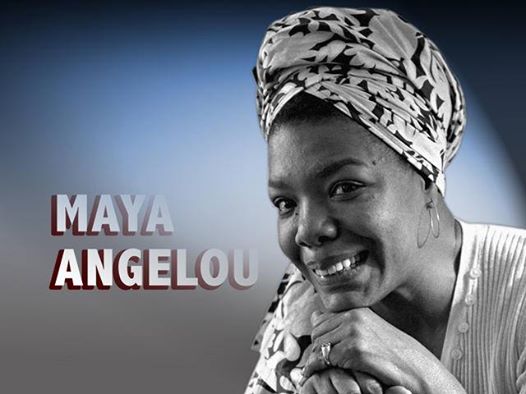 Maya Angelou born Marguerite Annie Johnson; (April 4, 1928 – May 28, 2014) was an American author and poet, having published seven autobiographies, three books of essays, several books of poetry and two cook books. A recipient of countless awards and recognitions, Angelou is also the holder of more than 25 honorary doctoral awards.

Although a very public figure, Maya is probably best known for her series of seven autobiographies, which focus on her childhood and early adult experiences. The first, I Know Why the Caged Bird Sings (1969), tells of her life up to the age of seventeen and brought her international recognition and acclaim. Before she was a renowned writer Angelou held many positions including short order cook, dancer, and journalist in Egypt and Ghana. She acted professionally as well as wrote, directed and produced plays, television and movies. She may be more known for her active role in in the Civil Rights movement, where she worked with Martin Luther King, Jr. and Malcolm X.

Much later in the 1990s, she became a regular face on the lecture circuit making more than 80 appearances; this was something that continued even into her geriatric years. Angelou recited her poem "On the Pulse of Morning" (1993) at President Bill Clinton's inauguration, making her the first poet to make an inaugural recitation since Robert Frost at John F. Kennedy's inauguration in 1961.

Dr. Maya Angelou passed quietly in her home before 8:00 a.m. EST on May 28th 2014. If one thing could be said of Dr. Angelou it would be that she believed a world of benefit could be gained from both the act of reading and writing. To honor this Africa Imports will include a set of 12 African Inspired book marks (M-960) for free on every order of $50.00 or more. To take advantage of this offer just add item code M-960 to your shopping cart and the code: MAYAFREE in the coupon section at checkout. Offer good until June 13 at 11:59pm. Click here to shop now