March 21st 1990 saw Namibia gain independence from from its African neighbour, South Africa. Each year this date is celebrated across the country by the proud, young nation - most of whom can still recall the day - in a series of carnivals, celebrations and feasts. It is a day of national pride for many Namibians and as such has been made a public holiday. 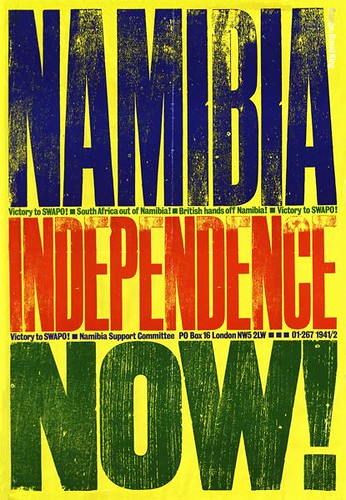 Until World War I, Namibia was a German colony under the name "German South West Africa". In 1919 it was declared a mandate territory of the South African Nations. After World War II, although the mandate was not renewed by the United Nations, Namibia remained illegitimately the "Fifth Province" of the South African Republic. A long and bloody independence struggle followed, which, at the same time, was a combat against the apartheid (segregation) systems introduced by South Africa. Finally, in 1990 Sam Nujoma was sworn is as the first President of Namibia, and Namibia was able to set out in its path as a newly independent, democratic state. You can get a flag of Namibia on the Africa Imports web site, just Click Here. Get many more free articles about African people groups and more by Clicking Here