Skip to main content
Back to Masks and Wood Carvings 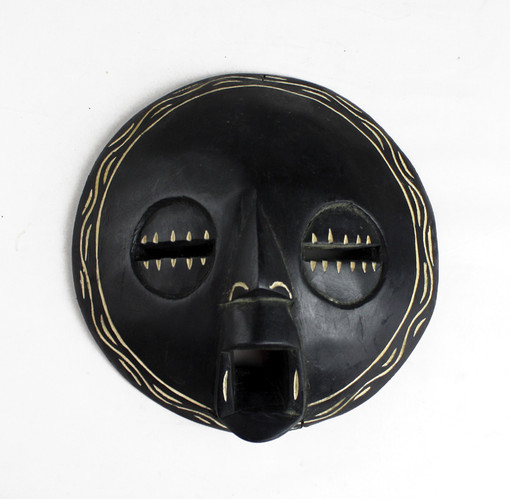 This is the Adinkra Mask of the Ashanti people of Ghana. It came about when the first king of the Ashanti tribe, Osei Tutu, was given a Golden Stool from heaven.

Akofena Adinkra, the king of rival Gyaman tribe, crafted a golden stool for himself when he heard about the Ashanti tribe’s stool. The Ashanti went to war over this insult. They defeated Andinkra’s army and captured and decapitated the defeated king. After this, they melted down his golden stool to make two masks of his face which are placed on each side of the Ashanti Golden Stool.

Since then the Adinkra mask has become both a sign of Ashanti superiority and also a reverential acknowledgement of the importance of the Golden Stool.

The gaping mouth, widened eyes and triangular nose are also signature elements of the Adinkra mask. The carved patterns on the face are purely ornamental. 10" diameter. Made in Ghana. A-WC480